Skip to main content
Home / Blogs / All for one and one for climate change?

All for one and one for climate change? 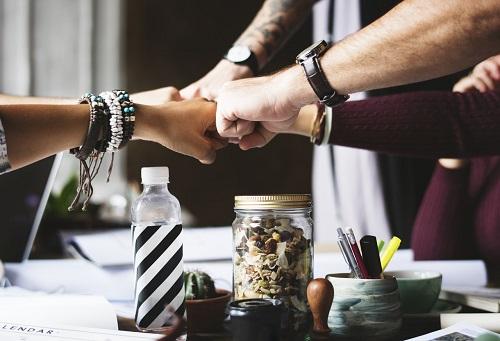 “Charities shouldn’t help governments that won’t do anything about climate change,” according to futurologist Mark Stevenson speaking at this month’s Charity Futures event in London.

It’s a fair point. After all, why work to reduce homelessness, inequality, poverty etc. if all of these issues are going to be overshadowed by the impact on our doorstep of rendering an increasing proportion of the planet inhospitable to human life?

So should we? Could we? In an environment of contracts and gagging clauses it can be difficult for VCSE organisations to put pressure on governments or local authorities over climate change for fear of losing vital funding. Is there a way to deliver your core purpose using public money while maintaining your independence and holding our political leaders to account for the future?

Stevenson is the author of ‘An Optimist’s View of the Future,’ an account of people working on the fringes of science, and an advisor to the Virgin Earth Challenge – a competition to find ways of removing greenhouse gases from the atmosphere (that has been criticised as “greenwash” by climate campaigners).

There has been a major shift in the last 20 years from charities getting grants from local government to them getting contracts from central government. Overall income has increased and so too has competition between charities for those contracts, and the constraints that come with them. Last month the government was criticised for including gagging clauses in DWP contracts with 22 charities working on Universal Credit, while the Trussell Trust, for example, which isn’t a contractor, continues to demonstrate the link between Universal Credit and poverty. Even before the recent worries about curbs on lobbying, the obvious tensions between income and independence were beginning to show. At the same time, public trust in charities has dropped to an all-time low.

Should charities hand back all their contracts, deliver less, but reclaim the moral high ground and think ahead in lifetimes rather than commissioning cycles?

In practice, applying this kind of pressure on authorities is easier said than done. If one organisation takes a stand, will another just snap up their contracts? Would the private sector move in to fill the gap left by a wholesale exodus of charity providers? Are there more effective methods of forcing change?

As with many good ideas, perhaps it could start locally if not nationally. Bristol’s VCSE strategy for the next 10 years is about to be published. It calls for a shift in the balance of power back down to the grassroots – where the pressure for environmental leadership is also growing. If we can cooperate rather than compete as Bristolians, then could this strategy be a mechanism for the kind of collective organisational action, encompassing charities, government and businesses, the climate needs?

What you think? Is Stevenson right? If collective action is the answer, how do we get started? If not, what would be a better approach? Let us know how you’d square income and independence in the comments below.