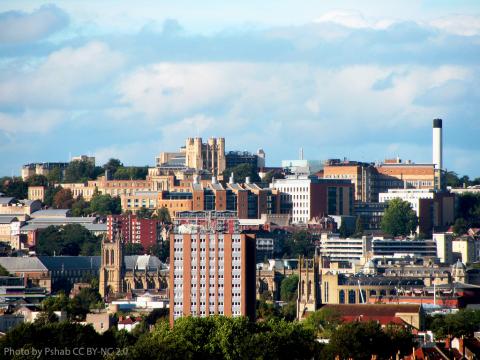 As part of a research project involving a number of universities in the South West, the Media and Criminal Justice Studies network is seeking volunteers to take part in a series of focus groups where we will be speaking to members of the community about the issues relating to filming and broadcasting court cases.

Since 2013 the government has allowed some amount of filming in appeal courts and they are currently considering expanding this permission to cover trial courts. In fact in the last few months a number of crown courts around the country have been part of a trial of filming sentencing remarks as they are delivered by judges. What we're really interested in here is what members of the community think about filming and broadcasting of trials and more particularly the way that it is currently done.

This is where the you could really help us out. The focus group session would last about an hour and a half and would take place in early November in Bristol. We would be looking at a selection of footage from a variety of courts and then discussing what people think of the way in which it has been filmed and how the court proceedings have been presented. Overall the sessions will be quite straightforward and we believe that anyone who choses to attend should find it informative and interesting. Refreshments will of course be provided.

As allowing filming in trial courts would be something that is carried out to inform the public, we believe that getting some sense of what the community thinks currently is essential and assistance of your members in this would be invaluable to us. Should you have any questions about the project or the focus group please do not hesitate to ask.

For additional information about the project and the network please see the following pages: