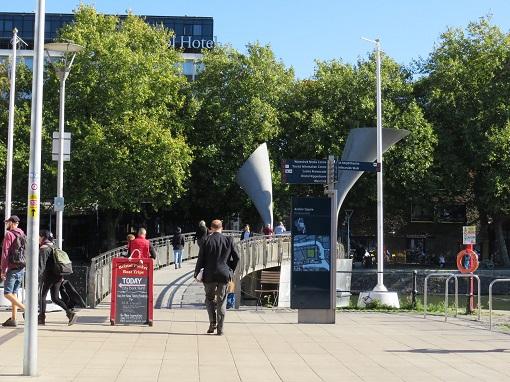 Bristol’s local councillors have voted overwhelmingly to drive forward the conversation around Bristol’s role in the Transatlantic Traffic of Enslaved Afrikans (TTEA). The vote was the result of councillors Cleo Lake and Asher Craig calling an extraordinary full council meeting to formalise a “reparations plan” for Bristol, whose merchants and corporations were heavily involved in the forced movement of Africans to the Americas.

The move comes less than a year after Bristol attracted international media attention when the statue of Bristol slaver Edward Colston was removed from its plinth and dropped into the city’s harbour as part of a Black Lives Matter demonstration. The councillors highlighted the ongoing inequalities faced by people of African heritage in cities such as Bristol, as well the £20 million debt that the British government took on in 1833 when compensating slave owners, a debt that continued to be paid off by UK tax payers until 2015.

The United Nations describes reparatory justice as including “an investigation of the facts, an official acknowledgement, and apology, a receipt of answers”, something akin to the work carried out at the University of Glasgow in recent years.

For Bristol, the vote means that the city council has resolved to:

Since 2016, Bristol City Council has done much to drive the discussion around the legacies of the Transatlantic Traffic of Enslaved Afrikans, race and racial hierarchy, but these new measures, and the scale of the council’s support for them, will enable many more Bristolians to join the conversation.

In response to this, the Black South West Network has set up Project TRUTH, an online survey that will collect opinions from those of African heritage as to how the city’s connections with slavery ought to be recognised.