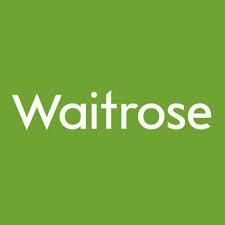 Supermarket chain, Waitrose will award funding of £2,2 million over the next year to nearly 7,000 charities and local good causes. The funding is being made through a new initiative called Community Matters. Through this scheme, Waitrose will allocate £1,000 a month to each of its 190 branches to distribute amongst three local community projects as chosen by its customers and employees.

As part of the scheme, each customer will be given a token at the checkout that they can place into a box representing their preferred good cause - the amount of money each charity receives will be in direct proportion to the number of tokens customers allocate. Each month, staff then get to vote on which three applications will be funded. To be considered for a donation, good causes and charities are asked to get in touch with their local Waitrose branch.

For example, SignHealth that provides specialised staff  who can communicate with deaf people in their own language – British Sign Language, received funding. Another organisation that received funding is the British Nutrition Foundation. They received funding for a school food and nutrition education programme, called Food – a fact of life, that provides free resources for schools to help them teach children about food, farming, cooking and healthy eating.