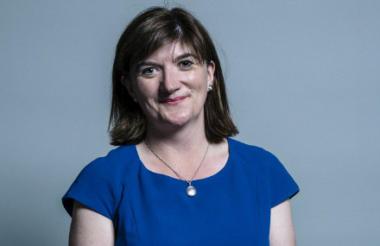 The government department responsible for the VCSE sector has seen a number of new appointments following Boris Johnson’s election as Conservative leader and therefore prime minister by Tory Party members.

Former Education Secretary Nicky Morgan has been appointed as Secretary of State for Culture Media and Sport, after Jeremy Wright was sacked by Boris Johnson.

On Twitter Morgan said that it was “an enormous privilege to take on such a fabulous role”.

Former Sport and Civil Society Minister, Mims Davies, moves to the Department of Work and Pensions and has been replaced by two appointments – Nigel Adams has been appointed minister, while Matt Warman is under secretary. However, precisely what either portfolio will cover has not been confirmed.

The additional appointment has reignited hopes that Civil Society could be separated from the many other roles in the portfolio – such as sport and gambling – and get its own dedicated minister.