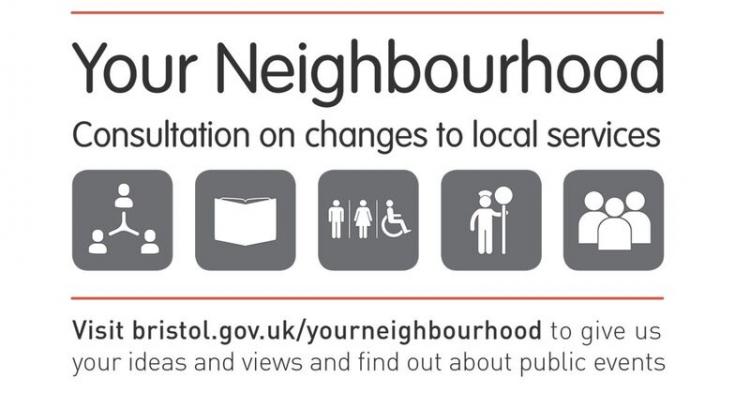 A raft of five consultations have been launched by Bristol City Council to get local people’s views on their proposals for how they could deliver certain local services with a reduced budget.

Libraries, public toilets, school crossing patrols, Neighbourhood Partnerships and Bristol Community Links are all covered in the proposals. The ‘Your Neighbourhood’ consultations ask people to comment on as many of these proposals as possible. They include an interactive map to help people judge and comment on the combined effects of the different options they can choose from.

The proposed changes include reducing the number of city libraries to 10; closing street toilets and investing in a new community toilet scheme to expand availability; removing around half of the city’s school crossing patrols (unless community, school or other options emerge); changing the current Neighbourhood Partnership model to a local grant system with less frequent community meetings; and making detailed changes to the way a suite of services for adults with learning disabilities and dementia operate. Together the savings amount to just over £4.7m.

Marvin Rees, Mayor of Bristol said:
"We have no choice but to make major savings following years of government austerity and the rising cost of providing vital services to more people. At the same time we want to deliver on our priorities and make Bristol a more equal city where no-one is left behind and where there is less of a need to rely on the council doing everything it once did. To do that we will work more closely with partners around the city to tackle Bristol’s biggest issues and enable more people to get involved in providing services.
"Last week’s election demonstrated that the UK’s major cities have rejected austerity and the damaging impact it continues to have on our lives at a local level. I will be asking the UK’s other major cities to join me in taking an argument to the new government for a fairer, more sustainable deal for our cities. These proposals reflect our current financial position and how we can provide adequate services without spreading ourselves hopelessly thin. It’s a tough call, but we’re asking ourselves questions like ‘Would we rather have 27 libraries which are hardly ever open, or 10 which have longer hours and better facilities?’
"We want your ideas and views across the board and we will be considering them carefully before any decisions are made."

The consultations are open now at www.bristol.gov.uk/yourneighbourhood and run until Tuesday 5 September. Anyone with a disability or particular access needs can request alternative formats by contacting the Consultation Team on consultation@bristol.gov.uk or by calling 0117 922 2848. A limited number of paper copies are available from local libraries and the council’s Citizen Service Point at 100 Temple Street.