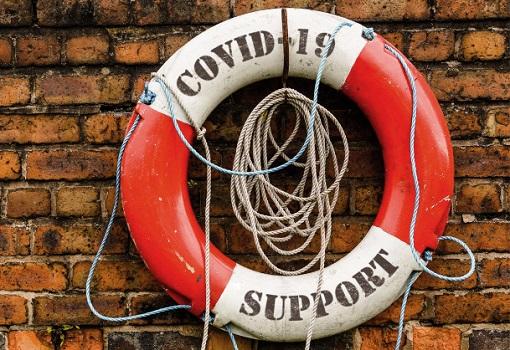 A new report from Lloyds Bank Foundation has found that smaller charities in England and Wales (with an income of less than £1 million and either defined as small or medium-sized) ‘showed up’, ‘worked flexibly’ and ‘stuck around’ during the first wave of the COVID-19 pandemic.

The report, called The Value of Small in a Big Crisis, shows that smaller charities quickly responded to the emerging situation, ‘in contrast to parts of the public sector, who were slower to react, and to informal support and mutual aid, which has dissipated over time’.

Lloyds Bank Foundation interviewed employees of smaller charities and their stakeholders in Bassetlaw, Ealing, Salford and Wrexham, and analysed the first six months of their pandemic response. It found there were four main issues that small charities tackled:

Results were positive, and the report clearly identified how these small charities also reduced the burden on public services, ‘undoubtedly preventing some people from contracting COVID-19, reducing the demand on the health system at minimal additional cost to the public purse’. Many of them worked closely with the public sector, both formally and informally, at every stage of their response.

It should be noted that, whilst the report shows that small charities played a vital role in community responses to COVID-19, some led by Black, Asian and Other Ethnic Groups felt ‘the value they bring [to society] remains poorly understood’.  Lloyds Bank Foundation says ‘there remains a challenge for local and national policy makers to ensure that an understanding of the distinctive value of smaller charities becomes embedded in key policies, strategies and investment programmes’.

As the report shows, smaller charities definitely helped to spread public health services – in fact, here at Voscur we have published health-related COVID-19 updates from the NHS, the government, Bristol City Council and other sources on our website, ebulletin and social media since March 2020. We also produced a local information leaflet for Knowle West Healthy Living Centre.

This report follows research conducted by Lloyds Bank Foundation in 2018 on The Value of Small, which looked at the strengths of small charities in plugging gaps, linking to local services, building personal relationships, helping service users engage, and helping communities survive at a time of funding cuts and fragmented services.

COVID-19 has been a huge challenge locally, nationally and globally, but one silver lining may be that smaller charities finally get more recognition for their role in community support, bridging gaps between the public, private and statutory health sectors in times of crisis and also in everyday life.