Skip to main content
Home / News / Is the ‘Halo Effect’ preventing diversity in the Green Sector?

Is the ‘Halo Effect’ preventing diversity in the Green Sector? 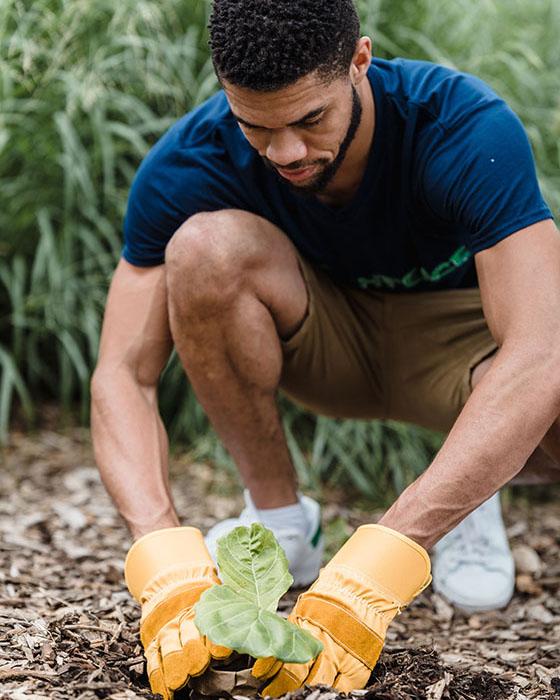 The “green sector” has become four times larger than manufacturing in the UK (IPCC, 2021) and Manu Maunganidze from the Race Report (Racial Action for the Climate Emergency) says it is essential to ensure that this growth not only meets the environmental agenda, but also that the agenda is delivered by and for as wide a cross-section of our society as possible.

The environmental, conservation and sustainability sector is one of the least diverse in the country. Despite the efforts of a range of recent initiatives, people from minority ethnic communities remain significantly underrepresented across the environmental sector, according to new research from Students Organising for Sustainability UK (SOS-UK).

Currently only 4.8% of professionals in the environment sector identify as Black, Asian or minority ethnic. This compares with a 12.6% average across all professions. The Race Report team argues that good evidence of who is missing from the sector's workforce will be key to tackling socio-economic equality, alongside combating climate change and reversing ecological damage.

The environmental, conservation and sustainability sectors is widely seen as doing “good”, they are trying to save our planet, improve our relationship with nature, and force governments and corporations to do the right thing in the face of obvious crisis. The authors raise the issue of whether the sector has benefitted from a 'halo effect', which has protected it from external scrutiny and questions being asked of it, such as: Who gets to work in conservation? What is required to get a job in the sector? Who gets to be involved in designing and delivering environmental solutions?

Full transparency and challenging the sector and its funders to deliver on social justice are the drivers behind the Race Report. It argues that if environmental and conservation organisations and the people that fund them, were open about the current state of representation and inclusion in their current teams, they would then be publicly accountable and open to both critique and support. They would be able to learn best practice from others doing well on this front.

The report will establish a standardised data collection methodology for the UK’s environmental charities, and their funders, and they will be asked to assess and report on the racial diversity of their workforce and trustees each year.

The team hopes that the collected data that goes into the Race Report will be a unique resource for the sector, the public, the press and academics to benchmark and track how the sector is doing in its bid to be more inclusive. Some organisations in the sector have already seen the value of the Report and have started to sign up to be included, including Greenpeace, Royal Botanic Gardens Kew, and the Bumble Bee Conservation Trust.

Maunganidze argues that in the absence of transparency it is very difficult for outsiders to challenge what happens behind the doors of organisations. There are no effective ways of holding organisations accountable if they do not share what they are currently doing and how they intend to improve it. This is particularly true when it comes to diversity and inclusion. In a time of rapid climate change this fast-growing sector needs to prove it’s open to constructive challenge, employs everyone, and serves everyone.

Locally, the Black and Green Ambassadors programme, a collaboration between Ujima Radio, Bristol Green Capital Partnership and the National Lottery Community Fund) plays a pivotal role in nurturing leadership from diverse communities across Bristol with the aim of inspiring and igniting action, to achieve an environmentally and socially just future for all. With 16% of the city’s population belonging to a black or minority ethnic group, the project states that the need for diversity of leadership in the green sector, that is representative of all communities – including those often disproportionately affected by climate change – is fundamental to ensure everyone’s experiences and opinions are heard and included in decision making.

In 2020, Bristol Green Capital Partnership (of which Manu Maunganidze is a Director) and Ujima Radio were successful in their bid to the Community Fund, to build on a pilot project and so began delivery of the Black & Green Ambassadors programme. They are recruiting, mentoring and supporting nine Ambassadors, to work between Bristol’s diverse communities, businesses, organisations and individuals on issues of environmental sustainability, equality, diversity and inclusion.

Their website invites people to find out more about the programme or be part of the next phase of the Black & Green Ambassadors, by getting in touch with vicki@bristolgreencapital.org