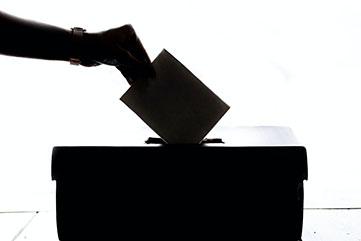 Just 10 years after voting to bring in a directly elected mayor, last week Bristolians voted against keeping the role of an elected Mayor.

Labour incumbent Marvin Rees, who had already said he would not run for a third time, will serve out the term until 2024 at which point all councillors will be up for re-election and Bristol will return to a committee system. That system will last for at least 10 years unless there is a change of law by the government.

There was a turnout of 29% (just above 90,000 people) which was low but never the less higher than the 24% registered at the referendum 10 years ago when the city voted to bring in the mayoral system. 59% of those who turned out voted for the role of Mayor to be scrapped.

The mayoral post was created in 2012 with independent candidate George Ferguson becoming the first to occupy the role. Rees then beat Ferguson in 2016 and made history by becoming the first person of black African heritage to become a directly elected mayor in a major European city.

Commenting on the result Rees said he believed the committee was a “very poor system” that would not tackle critical issues as effectively as a prominent, visible leader.

He said: “I hope I am wrong, because certainly the city faces challenges and the city needs a leadership that can lead it in the face of the challenges and opportunities.”

Anti-mayor campaigners, led by current and former councillors from the Greens, Liberal Democrats and Conservatives, were delighted as the result was in the early hours of Friday morning.  Heather Mack, the leader of Green group of councillors, said: “In the future, we look forward to a fairer, more open way of doing business where decisions are made collaboratively, at open meetings the public can attend and scrutinise,” she added. “I believe empowering councillors will allow the council to take more action to sort out the city’s transport, care crisis and climate emergency, with all councillors able to contribute to and scrutinise crucial decisions.

For VCSE organisations it means a bit of a waiting game until we find out if the new administration decides to maintain or scrap developments such as the One City Initiative and a piecing together of who among the new committee members, might be allies of and advocates for the sector.