Charities must plan now for growing cost of living crisis 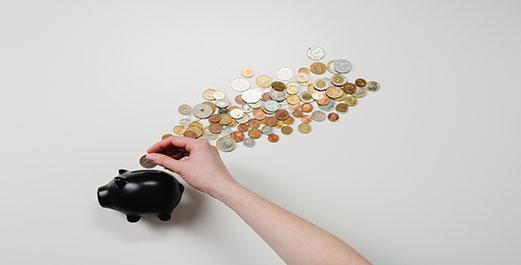 With inflation climbing to historic levels as a result of supply issues caused by the pandemic and Brexit, what can charities do to mitigate the adverse effects?

Pro Bono Economics advises that there are three main ways in which inflation is likely to impact on charities: rising costs, particularly for staff; depreciating income; and the impact on beneficiaries’ finances changing demand levels.

One of the most significant cost increases which will impact on the sector will arise from salaries. It will be difficult for charities to ensure that wages do not fall in real terms as a result of inflation while ensuring their staff are not worse off, particularly alongside the new National Insurance rates increase which began last month.

Inflation will compound the issue the sector already has with low pay. The Living Wage Foundation found that 17% of all third sector workers earn less than the real Living Wage, which jumps to 29% of all part-time sector workers, the majority of whom are women.

If salaries start reducing in real terms, there is a risk of significant staff churn in the sector. If that occurs, charities may struggle to replace staff – as many are already experiencing a shortage of job candidates. Salaries failing to keep up with inflation will likely exacerbate these skills shortages. So, as a stitch in time saves nine, it is important for charities to think about wage negotiations as early as possible, and consider the fact that many of their staff are likely to be struggling already.

Charity income is unlikely to keep up with inflation, so as costs rise, charities will struggle to keep pace. The cost-of-living squeeze will likely affect how much individuals and organisations choose / are able to give as charitable donations. It is important for charities to have discussions around levels of giving by their donors – particularly those on direct debits – and to update their estimates of what services cost to deliver as inflation continues to drive those figures up.

Secondly, grants which have been awarded recently will significantly devalue in 2022/23. If an organisation is awarded a grant of £100,000 per year in 2021 for the next three years, the 2023 grant would be worth £94,000 after accounting for inflation, a reduction of 6%. Charities applying for grants and funders dispersing them will need to take this into consideration when considering financial decisions.

Finally, the sector as a whole is a net saver, not a borrower. With high rates of inflation, money held in reserve is at risk of losing its value. Interest rates remain incredibly low even after a slight increase by the Bank of England. This should prompt further discussions about investment strategies for those organisations with reserves. Charities which are close to or below their reserves policy are more likely to need to hold this conversation. Charities which have excess funds need to ensure the money is being worked hard to minimise the fall in its value.

The cost-of-living crisis will likely lead to an increased demand for charitable services. The most deprived households’ budgets are already under severe stress, driving high demand for charities supporting those living in poverty. We are already seeing increases in energy and food prices, and a rise in interest rates makes servicing existing debts even more of a challenge.

The rising cost of living is also likely to affect organisations with charitable status such as museums and theatres as less disposable income may suppress footfall i.e. ticket sales for these cultural charities, leading to falling revenues.

In conclusion, as rates of inflation are predicted to increase further, it is important for charity boards and leadership teams to factor higher than anticipated costs into any planning assumptions and:

Voscur is surveying sector partners to see how much of an impact rising costs are having on their work. This survey will result in invaluable data that tells the sector’s story, data that will help to inform how the VCSE sector is able to respond to growing need, please take five minutes to tell us how this is impacting on your organisation.