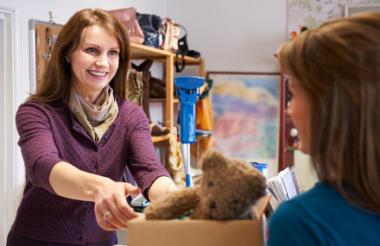 A recent study carried out by the government has suggested a marked decrease in the number of people giving to charitable causes, as well as those involved in formal volunteering. The survey, published annually by the Department for Digital, Culture, Media and Sport, also recorded the highest ever levels of informal volunteering.

Research firm Kantar surveyed 10,197 adults across England during different phases of lockdown between April 2020 and March 2021, and reported that 63% of respondents said they had given to a charitable cause in the last four weeks. This marks a decrease of 12 percentage points from 2019-2020 when three quarters said they had donated, and is the lowest proportion recorded since the research project began.

The discrepancy between formal and informal volunteering is at least partially accounted for by the impossibility of particular kinds of formal volunteering during lockdown, for example working in charity shops. Those volunteering informally, which includes things such as collecting shopping for a neighbour at least once a month in the past year, increased to a third of respondents, from 28% last year.

When asked what might encourage them to start giving to charitable causes or to increase the amount they currently donate, 35% answered having more money, 28% said having confidence in the organisation or charity to use the money effectively and 24% said knowing the money would be spent locally.

Broken down by demographic, women were more likely than men to to have given to charity in the last four weeks, and there was no variability demonstrated between ethnic groups. Young people, aged between 16-24, were found to be the least likely to donate, which reflects increased economic pressures on this group.

To find volunteers for your organisation, create a free advert on the Voscur website.