Resolving to improve individual and collective health and well-being 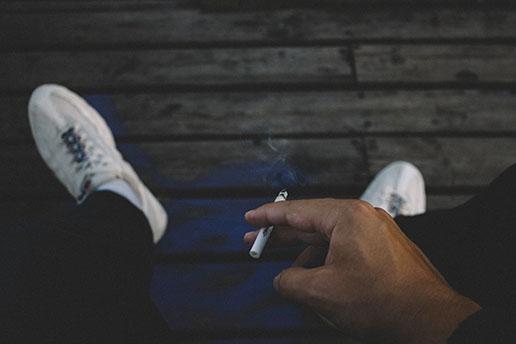 Health will be on lots of people's minds after potential excesses over the festive break, and this month sees Veganuary, Love Your Liver month, and Dry January all taking place, giving opportunities for individuals to take steps to improve their wellbeing this New Year.

But what about our city as a whole - how is Bristol doing on the health and wellbeing front?

As a sector, we are likely to be well aware of the health inequalities facing sections of our communities and the second annual report by Bristol’s Director of Public Health, Christina Gray, has underlined the entrenched and widening divide between relatively advantaged and disadvantaged groups. Smoking, for example, is highlighted as a primary indicator of the wider determinants of health in the landmark Marmot Report over ten years ago.

About 18% of Bristol's population currently smoke (the England average is 13.9%) putting the city at a health disadvantage. Considered in the context of socio-economic disparity, the city's director of public health said the data on smoking rates has exposed "big inequalities" between rich and poor. There is a "wide variation" of smoking rates across communities, with higher smoking rates "concentrated among more disadvantaged groups".

The data shows that:

As tobacco smoking remains the single largest cause of preventable ill-health and premature death, and given that on average smokers die 10 years younger than non-smokers, maybe supporting people to quit smoking should be a focus of a general health and wellbeing strategy if we want to improve quality of life and “level-up” life expectancy.

In January 2019 Mayor Marvin Rees launched the first iteration of Bristol’s One City Plan. The plan sets out our city’s key challenges up to 2050, and brings the city together around a shared vision.

The One City Plan brings together a wide range of public, private, and third sector partners within Bristol, with the shared aim of making Bristol a fair, healthy and sustainable city. A key theme of the plan is Health and Wellbeing.

Three years on from its launch, while smoking reduction isn't listed specifically on the plan's Dashboard, Goal 28, the general Bristol Drug and Alcohol Strategy, is reported as having progressed and is “beginning to have a tangible impact on health and wellbeing”.

To read more about how the Plan aims to tackle health inequalities visit the Bristol One City Plan website. For general help and advice and local resources relating to stopping smoking visit the Bristol City Council website.

Have you made new year resolutions to improve your health, or that of your organisation or community? We’d love to share them.