Skip to main content
Home / News / A step towards challenging racism and inequality or a distraction from real justice?

A step towards challenging racism and inequality or a distraction from real justice? 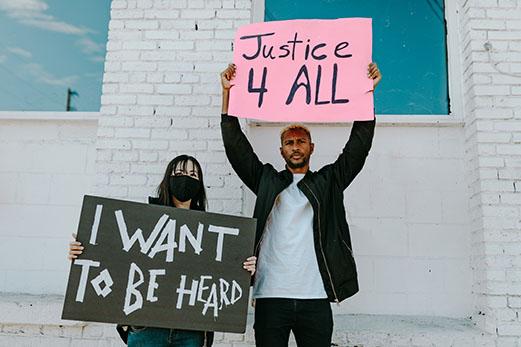 In a story that echoed again far beyond our city, last week a jury at Bristol Crown Court took just under three hours to reach their majority verdict and found four defendants who took part in the removal of the statue of Edward Colston, not guilty of criminal damage. But if we look beyond the headlines, and consider what it means for local communities, does this verdict help progress towards tackling racism and inequalities, or does it impede or distract from that cause?

What the jury’s decision shows is that as members of the public they were willing to think about the importance of the messages conveyed through our built environment, including monuments. They accepted the defense's case that it was the presence of the statue, and failure to update the plaque, that constituted a moral – if not a legal – offence, not the removal of the statue.

This landmark trial and the events that led to it, have influenced the collective understanding of the circumstances surrounding the erection of the statue to Colston, a man who made his fortune from the violent kidnap, imprisonment, trafficking and enslavement of at least 84,000  people. By removing the statue, history wasn't eradicated, it was made.

The movement and the events of that particular day also influenced reflection across the city with individuals and organisations reviewing the lens through which Colston should be viewed in a modern Bristol. For example, Colston Girls’ School changed its name, Colston Tower was renamed and the Colston Society’s members voted to disband the organisation. The removal of the statue gave a focal point to a new chapter, brought people together with communities working together to move Bristol's story forward.

Instead of erasing the story of Colston and “merchants” like him, the new display in Bristol's MShed museum, which includes biographical information and details about the erection of the statue in 1895 – 174 years after Colston’s death in 1721 - along with placards that were placed around the plinth during the protest last year, contextualises and gives a more rounded historical perspective than the original statue on its own.

Some commentators have suggested that that the removal of the statue has sidetracked the real issues of tackling systemic inequalities. Marvin Rees – Europe’s first directly elected black city leader – says the monument toppling was ‘less significant than people think’ and doubts this moment in history will have much bearing on the fight against inequality. He said: “No one is saying the statue should have stayed there. It is an affront to people like me and my family who may well have been owned by Colston. I come from Jamaicans. I’m not arguing for the presence of the statute but I am saying, in a world of finite resources and time, [you have to] prioritise what you do to tackle racism.”

Rees defended the council against ongoing criticism for not taking the monument down sooner. To have done so, he said, would have eaten away at both his time and ability to act on more pressing issues.

“If I, as a black mayor, make my priority taking down a statue, then what happens to my politics for the next five years?” he asked. “All I do is talk about black politics, right? All my political capital to take action on housing, employment, transport, all those policy areas that actually make a substantive difference to people’s lives – it disappears.”

When asked if Bristol was a more divided city as a result of the verdict, Rees was emphatic: “Listen, I grew up in a city in the Eighties where I had people chasing me down the street calling me n*****, trying to put me in hospital, beat me up.  If people are saying it’s more divided now than it ever has been – I mean, what world are they in?”

Reckoning with the past remains challenging, however. Britain was once an empire that invaded vast areas of the world and astonishing levels of cruelty are part of its history. Acknowledging these historic injustices is part of building a more equal society today – along with those experienced by other communities that have faced discrimination and exploitation.

That role is of course one that the VCSE sector has historically championed. For example,  SARI (Stand Against Racism & Inequality) work to build a greater understanding and respect for diversity and difference and also provide free, confidential advice and support to anyone who is a victim of any kind of hate crime.

The Colston statue story has put Bristol in a national and international spotlight, and at the centre of another battle in the so-called culture wars. Far from being a licence for vandals to destroy public property, as the verdict was characterised by critics, it’s an opportunity to reflect and act on not just specific historical injustices, but the continuing inequalities that impact citizens today.