Skip to main content
Home / News / Trees are priceless. Just ask a doctor. Or a teenager.

Trees are priceless. Just ask a doctor. Or a teenager. 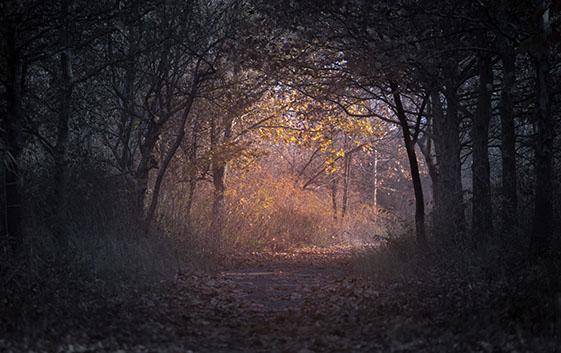 Woodland walks save the NHS £185m a year in mental health costs, calculated Forest Research, because they result in fewer GP visits and prescriptions, reduced hospital and social service care, and fewer lost days of work. Researchers say this is a conservative estimate and the true savings are likely to be significantly higher.

The coronavirus pandemic has increased the prevalence of mental illness, and the NHS was already increasing its spending on nature-based treatments. In polling by Forest Research, more than 90% of respondents said woodlands were important to them in reducing stress.

“If people spend 30 minutes a week in trees, doing whatever they like – walking, sitting meditating – there are noticeable benefits,” said Vadim Saraev of Forest Research.

Sir William Worsley, the chair of the Forestry Commission, which funded the report, said: “It demonstrates just how vital it is to invest in healthy trees and woodlands.” It makes medical, economic and environmental sense, he said.

The Forest Research report uses evidence of reduced depression and anxiety as a result of regular nature visits.

“Although many of us feel like hibernating in winter, getting outside in green spaces and making the most of the little daylight we get can really benefit both your physical and mental health,” said Stephen Buckley at the mental health charity Mind.

A study carried out by UWE Bristol researchers also found that exposure to green spaces in cities as well as in forests and woodland can benefit the mental health of young people.

The study, funded by the Wellcome Trust suggested that being in green spaces created ‘effortless mindfulness’; allowing young people to have a break from the distractions of modern life, such as noise, traffic and social media which are known to increase feelings of anger and anxiety. This is believed to have a similar effect to practicing yoga, bringing calm and relaxation to young people which can help them to deal with stress and increase their resilience.

It is estimated that one in five young adults in the UK have symptoms of depression or anxiety while depression is the fourth most common cause of illness and disability in 15 to 19-year olds worldwide. Researchers found that stress and anxiety levels among young people are reduced by between 14% to 19% after a 15-minute walk in a park compared with a street with traffic. Time spent in urban green spaces were found to be beneficial, but the study found that the positive impact on wellbeing was greater and longer lasting when time was spent in larger green spaces outside of cities, such as forests and woodland. For example, a 15-minute walk in a forest was found to reduce anxiety by 23% to 31% compared to a street with traffic. Furthermore, young people who have high levels of vegetation within 500 metres of their home have a reduced risk of depression and anxiety.

UWE Bristol Researcher, Dr Issy Bray, said: ‘‘The 14 – 24 age group which we focused on in this study is particularly important as it is a formative period which spans both childhood and adulthood and is when many mental health conditions begin. The findings will be useful in supporting young people to look after and improve their mental health. The findings also provide increasing evidence of the benefits of green spaces, helping communities and local authorities to promote and protect their local parks and natural areas.’’

Off The Record's Nature Works project offers both nature based therapy and nature themed creative activities for young people. The organisation recognises that spending time in green, tranquil places is in itself calming and stress-reducing. They have found that some young people find it helpful to be able to process their feelings while walking or sitting alongside a therapist in nature and talking. They also offer young people ways to connect with nature in urban spaces, including indoor gardening, crafting, making foraged snacks, and through nature-based games.

Find inspiration to improve your wellbeing through time with nature via such as Bristol Green Capital Partnership, the Community Farm or one of the other organisations in our directory.