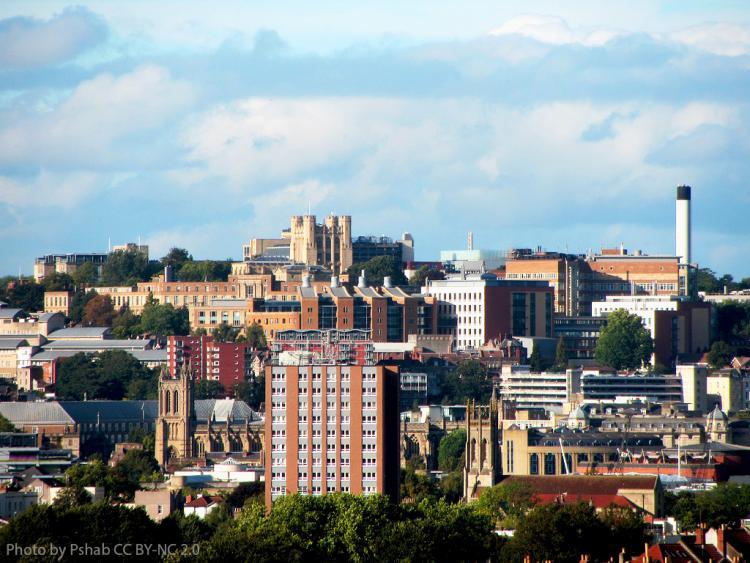 There was a beautiful blue sky in Bristol on “Blue Monday” 17th January, so-called as it’s said to be the most depressing day of the year. It was trending on social media and enjoyed plenty of news coverage, but in fact, there's little scientific about it.

The name was reportedly coined by psychologist Cliff Arnall in 2004 who came up with it after a holiday company asked him for a "scientific formula" for the January blues - basically so they could sell more holidays! It’s been linked to credit card bills arriving after Christmas, people filing for divorce and starting back at work after the festive break.

Other psychologists have spoken up about the dubious history of the 3rd Monday in January being coined as Blue Monday, including Dr Philip Clarke, a lecturer in psychology at the University of Derby.

"I can understand why people would feel down in January, you've just come off Christmas - spending a lot of time with family, overindulging and it's a lot darker outside. "I started speaking out against Blue Monday when I saw companies were trying to use it as an excuse to sell things," he said.

"The key thing to remember is that Blue Monday isn't scientifically proven - there's not even proof January sees a rise in mental health referrals although it may seem that way," he adds.

Those working in the field are encouraging people to take note of signs of depression and anxiety, as well as loneliness, but not to let the day 'trivialise mental health issues'. Of course, conversations about acheiving better mental health can only be a good thing and experts including Dr Clarke, have been providing tips everyone can use, all year round for better mental health - including volunteering.

There is lots of anecdotal evidence that volunteering has a positive impact on health and wellbeing but there is also useful academic research that demonstrates there can be significant benefits. For example, the University of East Anglia recently updated their Rapid Evidence Assessment of The Impacts of Volunteering on the Subjective Wellbeing of Volunteers. The original research sets out the key benefits. Of course some people are in a better position than others to volunteer formally. If you're already juggling several paid jobs then a regular volunteering commitment could well be a challenge. But informal "volunteering" - helping out friends, family and nieghbours - also results in many of the same wellbeing benefits as formal volunteering with an organisation.

You can also see a wide range of volunteering opportunities in Bristol and the surrounding area on our website and maybe by helping others you’ll give yourself a well-being boost too.