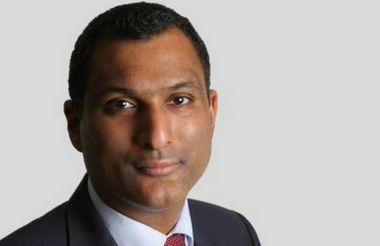 Lord Kamall has been appointed by The Department for Culture, Media and Sport (DCMS) as minister for civil society.

Lord Kamall is professor of politics and international relations at St Mary’s University, Twickenham and was previously an academic and research director at the Institute of Economic Affairs, co-chair of the European Conservatives and Reformists and leader of the Conservatives in the European Parliament.

Lord Kammall has been a trustee at Kitchen Table Charities Trust, which was established to assist small charities who lack the ability to raise funds.

Sarah Vibert, chief executive at NCVO, said: "Charities offer vital support and essential services to communities across the UK. They will play a crucial role in getting people through the cost of living crisis and driving future growth and prosperity in our economy.

"We look forward to working with Lord Kamall to ensure charities are able to support communities through the challenging few months ahead."

Clare Mills, director of policy and communications, at Charity Finance Group, said: "We welcome Lord Kamall as the new minister responsible for charities. We look forward to working with him and DCMS on many issues relating to charity regulation, finance and leadership. His experience as a charity trustee and his background as an economist will be of value in his new role.

"We would like to thank Lord Kamall's predecessor, Nigel Huddleston MP, for the work that was taken forward during his time at the department, and for working with the sector on our Encouraging Giving communications campaign."