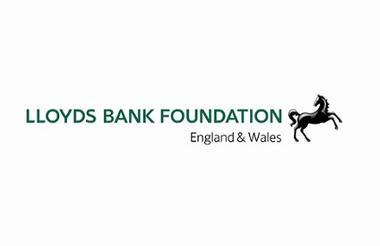 Lloyds Bank Foundation has unveiled ‘Building a Better Future‘, a five-year strategy focussed on equity, diversity and inclusion. The strategy commits to helping smaller charities increase their resilience, and will assist in the strengthening of communities.

Barriers faced by people because of their gender, ethnicity, nationality or disability are worsened for those dealing with complex issues such as homelessness or domestic abuse, the Foundation acknowledges.

The Foundations 2022-2026 plan is built on learnings from the Foundation's Reaching Further strategy, and will focus on local and specialist charities with an income between £25,000 and £500,000. Lloyds Foundation says that because of their size and in-depth understanding of the communities they serve, these charities are best placed to reach, engage, and support people and where the Foundation’s combination of unrestricted funding and capacity-building support will have the greatest impact.

By supporting these charities – which it argues are too often underfunded, under pressure and underrepresented – with flexible, unrestricted grants of £75,000 over three years, Lloyds Bank Foundation will provide charities with greater stability and freedom to use funds as they see best, particularly in the current climate.

Recognising the challenges facing small charities, people and communities, the Foundation will also increase its capacity development offer, which helps charities build and strengthen skills and knowledge so they can set and achieve their objectives and secure funding elsewhere. The capacity development program also maximises the Foundation’s partnership with Lloyds Banking Group, which brings together individuals and teams from the Group to offer volunteering opportunities, mentoring and skills sharing with charities the Foundation supports.

The Foundation will continue to work with organisations across civil society to influence policy and practice, focusing on seeking to secure a change in three critical issues for people and charities: improving the availability of accommodation, the operation of the welfare system, and the support provided to refugees and asylum seekers.

To create more space and opportunities for charities to work together and with other partners at the local level, the Foundation will also launch a distinct funding and support programme encouraging impactful partnerships to help influence local systems, practices, and policy and improve people’s lives. Details of how to get involved in this work will be announced next year. The Foundation will continue partnering with six communities across England and Wales to support long-term transformational change.