People unimpressed by their governments' efforts to tackle climate change - results in unwillingness to change lifestyle. 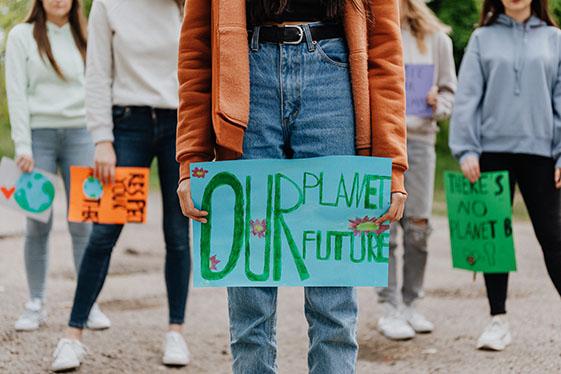 “We’re already doing everything we can to tackle climate change – but they’re not!”

A poll of 10 countries including the UK has found that while people are concerned about the climate crisis the majority of us think we are already taking sufficient action and only a minority are willing to make any more lifestyle changes. When questioned people generally saw themselves as much more committed to the environment than others in their local community, or any institution. For example, 36% of respondents rated themselves “highly committed” to preserving the planet, while only 21% felt the same was true of the media and 19% of local government.

Emmanuel Rivière, director of international polling at Kantar Public, introduced the findings, based on research carried out in late September and published to coincide with the COP26 conference in Glasgow.

Governments have to first “measure up to people’s expectations,” Rivière said, and “they also have to persuade people not of the reality of the climate crisis – that’s done – but of what the solutions are, and of how we can fairly share responsibility for them.”

The study argued that “Citizens are undeniably concerned by the state of the planet, but these findings raise doubts regarding their level of commitment to preserving it … Rather than translating into a greater willingness to change their habits, citizens’ concerns are particularly focused on their negative assessment of governments’ efforts.”

The gulf between citizens’ view of their own efforts (44%) and that of their government (16%) was highest in the UK.

To identify your own actions, a good place to start is the Bristol Climate Hub which has great ideas for how individuals, businesses and communities can take powerful climate action.