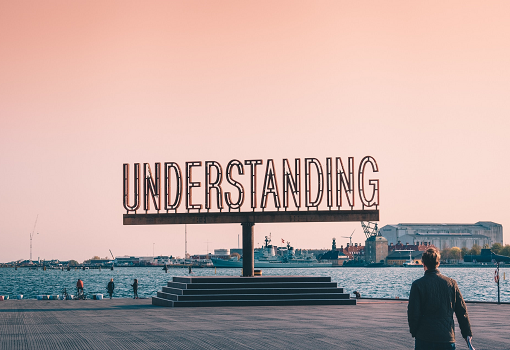 We've gathered the latest news highlighting equalities groups, both inside and outside the voluntary, community and social enterprise (VCSE) sector. This includes the National Trust's Pride celebrations, autism charities offering a toolkit for employers, and a new report on racism in the aid sector.

Hilary McGrady, the director general of the National Trust, has criticised an article by the Daily Telegraph with the headline 'National Trust tells volunteers to wear rainbow face paint and glitter for Pride'. Writing on Twitter, she described the article as 'deliberately misleading again - so sad they are intent on stoking anger and division when there is none. Our wonderful volunteers are entirely at liberty to celebrate #Pride if they so wish or not'. Pride is a month-long global celebration of LGBT+ identity, history and culture.

Those replying to her tweet included several volunteers - one called the newspaper's story 'wholly false', whilst another wrote: 'Proud to wear both my #volunteering and #pride #nt badges alongside each other, and not forced or (on the other hand) told not to.' Many National Trust members also responded to the tweet, praising the organisation for being 'vocal', 'active' and 'welcoming for everyone'. The story was also picked up by Mail Online, using the headline 'National Trust is criticised after asking volunteers to wear rainbow colours for Pride month amid growing backlash over its 'woke' policies.

The Telegraph has since changed the wording of the headline from 'tells volunteers' to 'asks volunteers'. A spokesperson for the National Trust told the newspaper:
"We have issued a guide to Pride to properties to give them some background about the month, and offer some ideas about how they might get involved."

The charities Ambitious About Autism and The Autism Education Trust have developed a downloadable toolkit to help employers support any staff and potential employees with autism or another neurodiverse condition. The toolkit is part of a wider range of tools, including workplace advice for young people with autism.

According to the Office for National Statistics, only 22% of people with autism are in full or part-time employment. They face many barriers to inclusion - for example, Ambitious About Autism found it is difficult for young autistic people to access careers advice and work experience.

Neurodiverse people bring a lot to the workplace, but employers need to be aware of reasonable workplace adjustments that can help them feel more comfortable and secure. Employers also need to look at recruitment practices, to make sure they are inclusive, and think about aspects such as travelling to a face-to-face interview. The toolkit contains a template for inviting autistic people to interview, describing the workplace environment, and highlighting any sensory triggers.

A new report by umbrella body Bond found that 90% of workers in the UK and global aid sector do not think their organisation is committed to equality, diversity and inclusion (EDI). The report, called Racism, power and truth: Experiences of people of colour in development, surveyed 150 people of colour working in the UK's Non-Governmental Organisations, both in the UK and overseas. It found that 68% of respondents had experienced a racist incident or supported a colleague who experienced racism in the past year.

85% of respondents felt that getting promoted was not a possibility for them, but was only available to non-minority employees. Some people who took the survey also spoke about unfair advantages for Oxbridge-educated staff or "'friends' of those with power".

The report also emphasised a need to reflect on the colonial roots of humanitarian aid and development organisations, and develop actively anti-racist policies and workplace culture.

Support from Voscur for equalities issues

If you're looking to improve your awareness of EDI for your organisation, our VCSE Academy courses can help.
Being a Good Employer (Wednesday 6 October) is led by an expert trainer who specialises in EDI. The course looks at employment law, best practice, and areas for improvement. We also offer bespoke training, tailored to the needs of your organisation and your team.