Institute of Fundraising launches first strategy for equality, diversity and inclusion in the profession 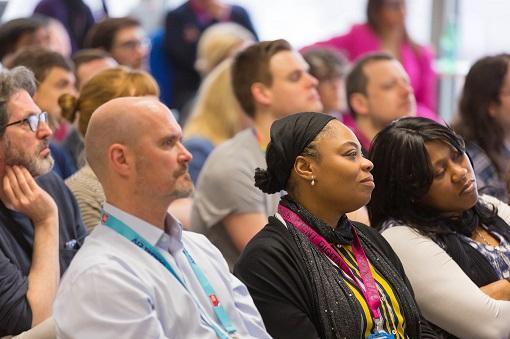 The Institute of Fundraising (IoF) has launched a new strategy for equality, diversity and inclusion amongst fundraisers, making a business case for a more representative workforce.

It was developed by an expert panel (including Jenny Wildblood, Voscur's Development Officer and Funding Lead) and adopted by the IoF Board of Trustees.

The strategy, the first of its kind, focuses on four key inequalities in fundraising:

3. LGBT+ fundraisers don’t always feel able to be open about their sexuality in the workplace.

4. Women form the majority of fundraisers (76%), but are not proportionately represented in senior roles.

This document follows on from the IOF’s Manifesto for Change, and the IoF Change Collective’s report, Who is not in the room, which both highlighted the current state of equality, diversity and inclusion (EDI).

With a list of recommended actions for fundraisers to take, the strategy sets out clear ways to bring about much-needed change. Actions include:

These suggested actions are in addition to recent EDI-related developments in fundraising, such as the new Task Group investigating sexual harassment.

The strategy notes that those calling for change in their organisations have asked for more resources to help demonstrate their case to senior staff.

Amanda Bringans, Chair of the IoF, said: “This strategy is a significant landmark in the history of the fundraising profession and of the Institute.”

Sufina Ahmad, Chair of the expert advisory panel that created the report, said: “Individuals and organisations that champion this strategy are showing that they are committed to working together on an intersectional approach to addressing the well-known and well-evidenced inequalities that exist in fundraising.”

How does your organisation manage equality, diversity and inclusion amongst fundraisers? Tweet your comments or add them on Facebook.