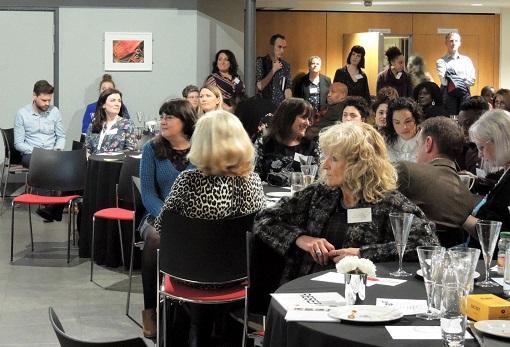 Community organisations and individuals from across the local Voluntary, Community and Social Enterprise (VCSE) sector were celebrated last night at the Voscurs, Bristol’s social impact awards, held by Voscur in the Great Eastern Hall at the SS Great Britain.

Six awards were presented on the night, with over 100 sector stakeholders in the audience. Having just declared a Climate Emergency at our AGM, we were proud to include a new award category, Environmental Impact, to recognise a local VCSE organisation’s work to reduce Bristol’s carbon footprint.

The winners in each category were: 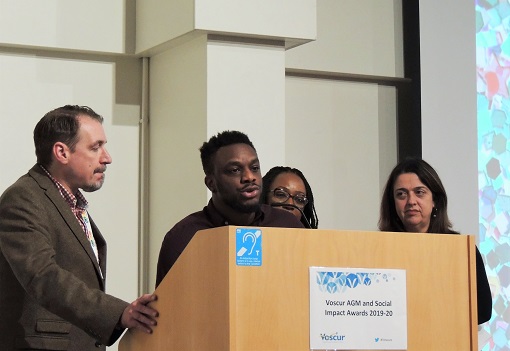 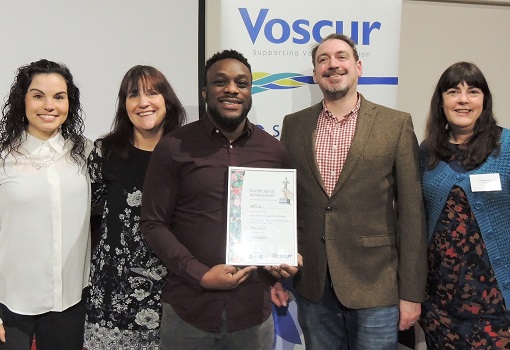 This award is given in memory of Batook Pandya MBE, former Director of SARI charity, who died in 2014. Alex Raikes MBE, Strategic Director of SARI, presented the award to WECIL (The West of England Centre for Inclusive Living),in recognition of its work using the social model of disability to advocate for the inclusion of disabled people in and around Bristol. 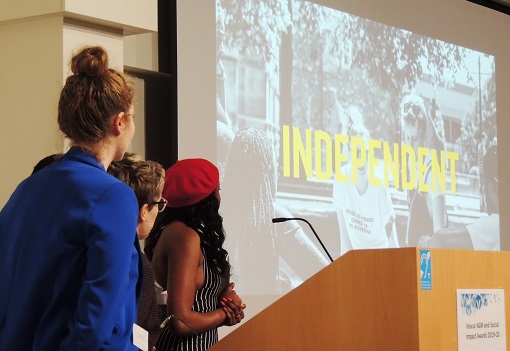 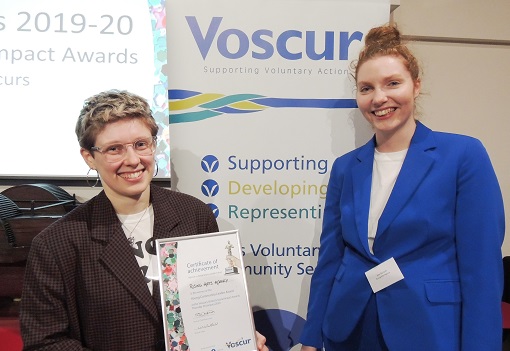 Journalist and radio presenter Rema Mukena gave the Young Community Leader Award to Rising Arts Agency for its work inspiring young people to get involved in the arts, find peer mentors and professional development, and have their voices and creative output recognised. 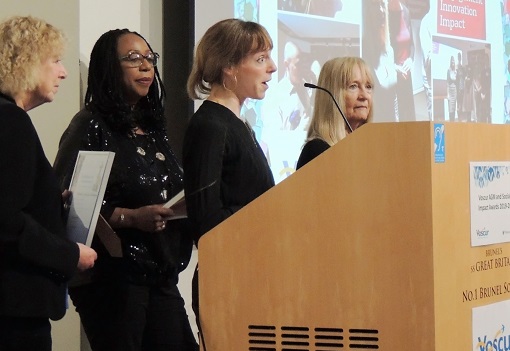 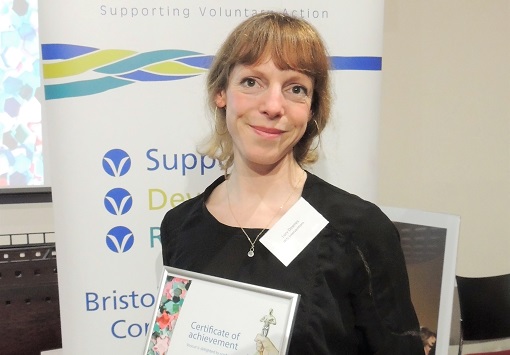 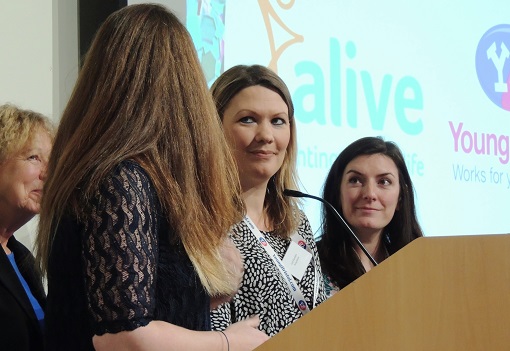 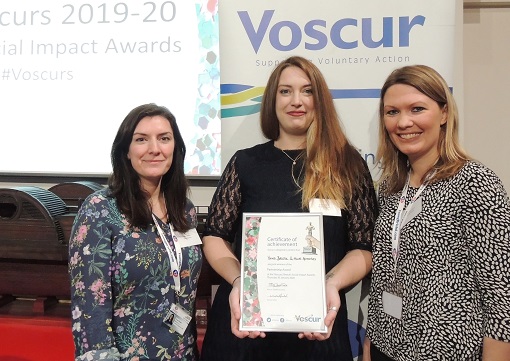 In an unprecedented move, two different partnerships were awarded for their collaboration work, as the judging panel felt they were equally worthy winners.

The IRIS Partnership is centred on IRISi, a Bristol- based social enterprise established to promote and improve the health care response to gender based violence, developed at the University of Bristol’s Centre for Academic Primary Care. Next Link, which supports victims and survivors of domestic abuse and violence, provides IRISi services in Bristol and South Gloucestershire.

Young Bristol and Alive Activities partnered to work on intergenerational relationship-building. Three Young Bristol youth clubs were paired with care homes, and together they got involved in activities, home visits and day trips that benefitted both age groups, and even led to long-term volunteering opportunities and career ideas for the young people.

Would you like to work in a partnership, but you feel you're missing the right skills to make it a success? Our Skills for Partnership Working course is just what you need. Register now. 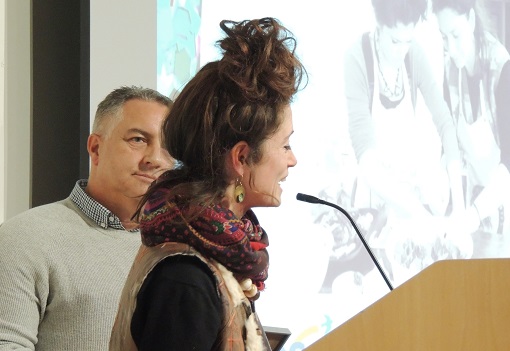 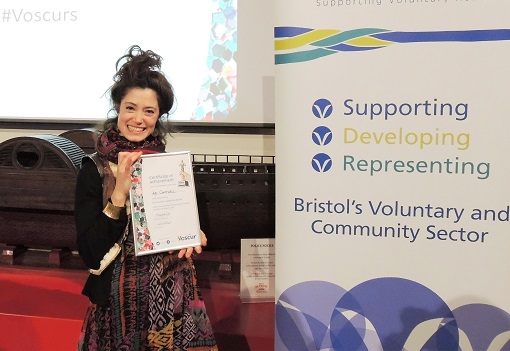 Ari Cantwell set up the Coexist Community Kitchen at Hamilton House, serving refugees and community groups serving people with addiction, but she had to find new premises when the business tenants of Hamilton House were evicted. She has since reestablished Coexist in its new home in Easton, continuing to help those in need.

This award was presented to Ari by Dave Coole of Hawkspring, in memory of last year’s winner, former Hawkspring CEO and founder Lorraine Bush, who sadly died in April 2019. It was a particularly emotional moment for the audience as Dave paid tribute to his colleague and friend, well-known in the local VCSE sector. On presenting the award, Dave Coole said:

“Please don’t underestimate the importance of these awards; I know it meant so much to Lorraine, as it will for Ari. Let’s feel proud that we have all been community leaders in our areas for another year, and for what we are all achieving during these very difficult times.” 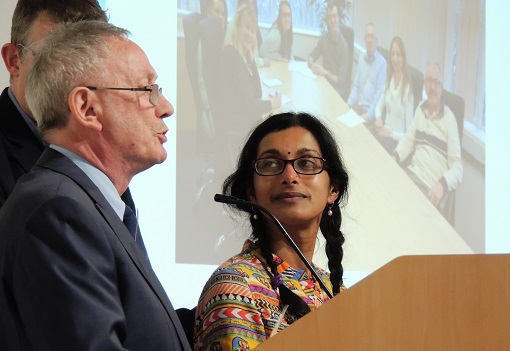 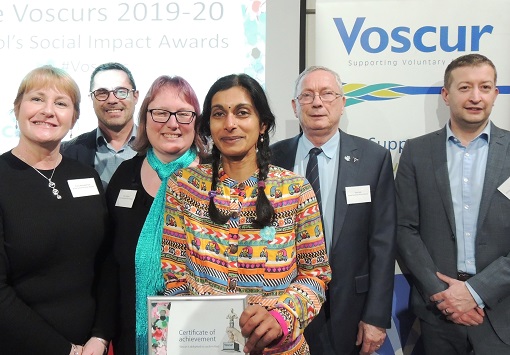 As people tend to live longer, the prevalence of dementia inevitably increases. The work of Bristol Dementia Action Alliance stands out for two reasons: its contribution to making Bristol a dementia-friendly city, and for achieving so much with very little financial input but a massive amount of volunteer time and experience. The award was collected by Tony Hall and other staff members of the Alliance. 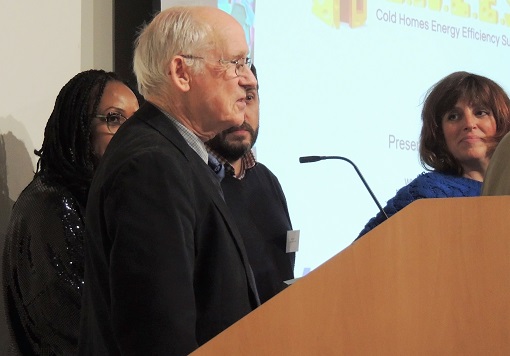 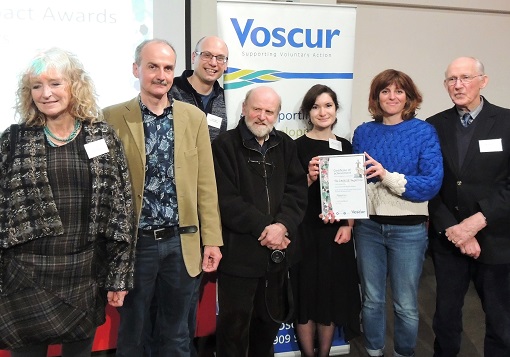 Closing the awards, the C.H.E.E.S.E. Project CIC referenced the Australian wildfires in its acceptance speech – a shocking reminder of the scale of the global climate emergency, and a fitting link back to the environmental theme of this year’s conference and awards.

Reducing emissions from households in the city is a critical element of Bristol’s strategy of becoming carbon neutral by 2030, and the CHEESE Project has demonstrated how to make significant savings using expertly trained volunteers – a great example of how the whole city can tackle the climate emergency.

If you'd like to reduce your organisation's carbon footprint in a manageable way, even on a small budget or in a small team, sign up to next week's half-day training course and help Bristol become carbon neutral by 2030.