Charitable companies with an income of under £12,500 can now convert to CIOs

18 January, 2018
Charitable companies with an income of under £12,500 can now convert to a Charitable Incorporated Organisation (CIO), and the Government has issued a timetable for the staggered introduction of this opportunity for larger organisations.
What is a CIO?

Changes to the automatic disqualification law could affect your leadership team: make sure you’re prepared

17 January, 2018
From 1 August 2018, changes to the law will put greater restrictions on who can run a charity. The Government has published new guidance to help individuals (such as trustees and those in senior management positions) to find out if the new ‘automatic disqualification’ rules apply to them.

Getting it right: top tips for a stress-free annual return

17 January, 2018
Charities with an income of £10,000 or over* must submit an annual return to the Charity Commission within 10 months of the end of the organisation’s financial year. Ideally you should begin the process of pulling the information together as soon as you approve your latest accounts and the trustees’ annual report is finalised.
The Charity Commission has updated its guidelines with tips to help minimise the stress of filling out your annual return. These include:

GDPR: are you ready?

Getting ready for GDPR: information and progress checklist

Getting ready for the GDPR - the Information Commissioner's Office (ICO) checklist

The new General Data Protection Regulation (GDPR) comes into force on 25 May 2018. Organisations are being urged to take action now, as it may take a considerable amount of time to implement the necessary changes. Failure to comply could have far reaching and disasterous consequences for VCSE organistaions' ability to fundraise and communicate with service-users, members, the general public and other stakeholders.

22 September, 2017
The Charity Commission has updated its guidance on reporting serious incidents, following growing concern that they are being under-reported by charities.
Last year, charities reported 2,181 incidents to the Commission, over half of which (55%) related to safeguarding; around one in seven (14%) related to fraud or money laundering, with a third of reported frauds being internal (‘insider’) fraud. However, the Commission believes that many more serious incidents are going unreported.

20 September, 2017
The Government is looking to better support charities and young people to participate in ‘full-time social action’. It is consulting with young people and the voluntary, community and social enterprise (VCSE) sector to find out how the full-time volunteering experience can be improved, and common barriers could be overcome.
The review will gather evidence on the current opportunities available, the current status of full-time volunteers, the impact of full-time social action on young people and their communities. 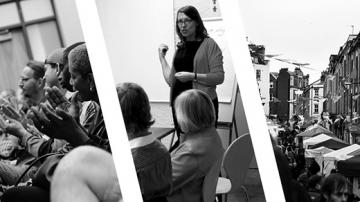 The new Charity Governance Code published in July 2017 has brought into sharp focus the need to improve the diversity of trustee boards. It recommends that trustee boards periodically take part in training and/or reflection about diversity and understands their responsibilities in this area. 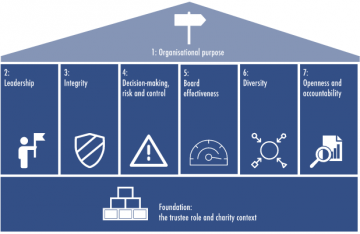 The new Charity Governance Code – what you need to know

13 September, 2017
A new version of the Charity Governance Code has been published, setting out higher standards for governance for charities. This new Code is essential reading for all trustees. It is deliberately aspirational and using it will help trustee boards to review and improve their governance arrangements and practice.
The code proposes higher standards in a number of areas, including recommendations that:

A quicker, slicker Annual Return form? Find out about the Charity Commission's proposed changes and take part in the consultation